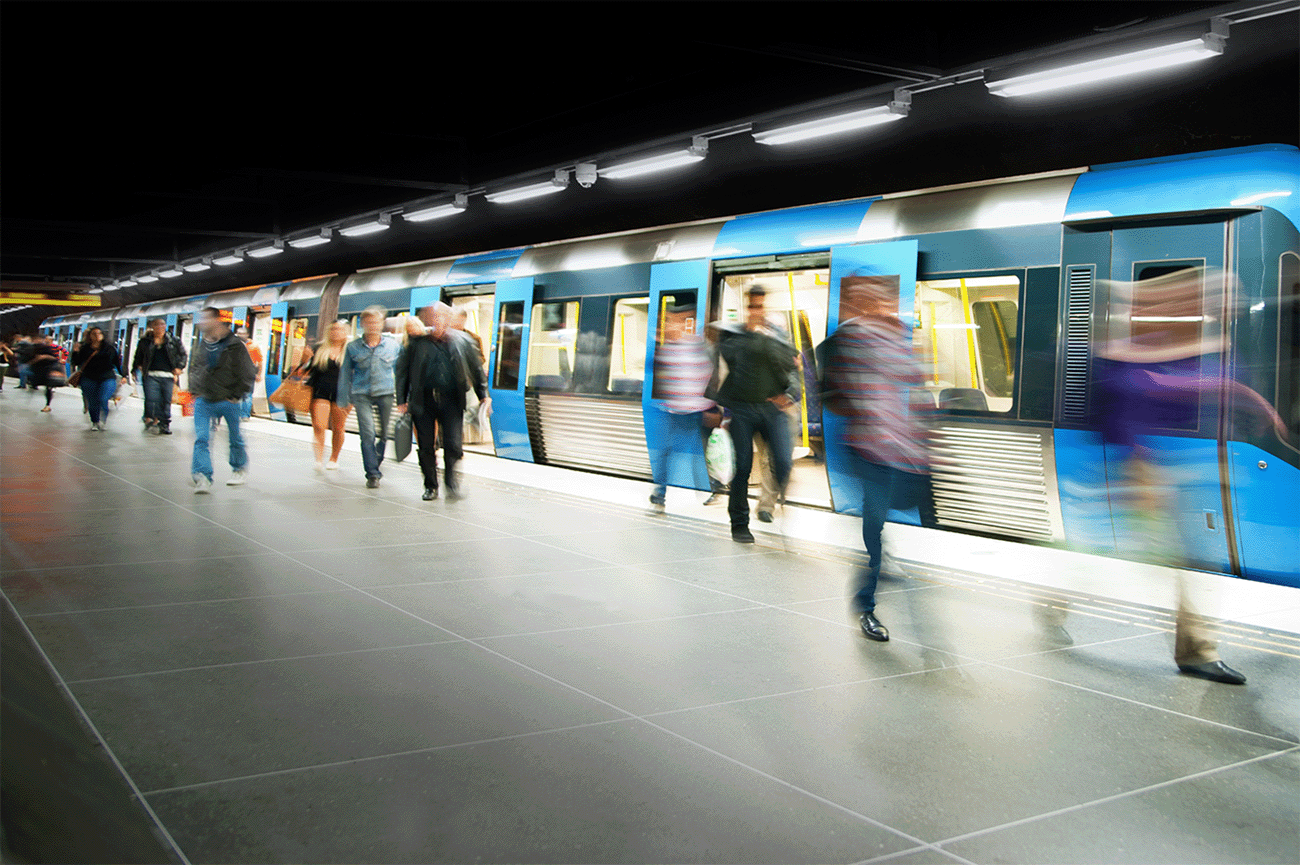 Rail ventilation provides challenging conditions as the need environment presents different aspects to road tunnels. Pollutants from rolling stock can be in the form of emissions, heat or sometimes particles. Typically the ventilation requirements for pollution mode differ greatly to emergency ventilation mode. This places extreme demands on a ventilation system that must operate efficiently in both modes.

Virtually all equipment using electrical power generates some form of heat, which when underground must be removed by a combination of natural and powered ventilation. During free running conditions the piston effect of the trains may be sufficient for ventilation and natural ventilation may maintain this condition even when the trains are not operating. However, when the system becomes congested and trains are running at short intervals or, in the case of an incident, forced ventilation becomes necessary.

The amount of heat generated by trains in rapid transit systems of high-density usage is the largest single factor in determining the mass flow of air required to maintain a stable air temperature. However, the risk of fire must also be taken into account.

Longitudinal ventilation along the tunnel is common using 100% reversible fans. For an enclosed system large fans connected to atmosphere would be used in a push-pull configuration. If the system is not enclosed Jetfoils can be used to induce the required airflow along the tunnel to and from atmosphere.

Smoke is directed in the most favourable direction depending on the position of a fire in the train or tunnel. Fans are rated up to 752 °F / 400 °C for 2 hours. Air movement in the stations follows normal ventilation practice as far as possible. For smoke control, supply and extract fans are used, reversible if a longitudinal system is being used.

Do you
want to
know more?