In Part 1 we looked at why sound is important, how we measure Sound Pressure and level, and how we measure Frequency, which describes the variation in sound pressure.  In this second part we look at the remaining two important ways of measuring sound, Sound Sources and Sound Power.

How the human ear hears frequencies

While the frequency spectrum is a well-defined physical measure of a sound, it doesn’t tell us anything about how humans experience sound.  Research shows that different frequencies are experienced by the human ear differently in terms of loudness – so a low frequency sound is experienced at a lower level than a high frequency sound at the same sound pressure level.

This is due to the natural attenuation and resonance of the human ear.  Resonance occurs around 2 – 4kHz, the range where speech intelligibility for humans lies.  The frequency response of ears varies from species to species – so the small ear of a mouse is more adapted to hear high frequency squeaks. 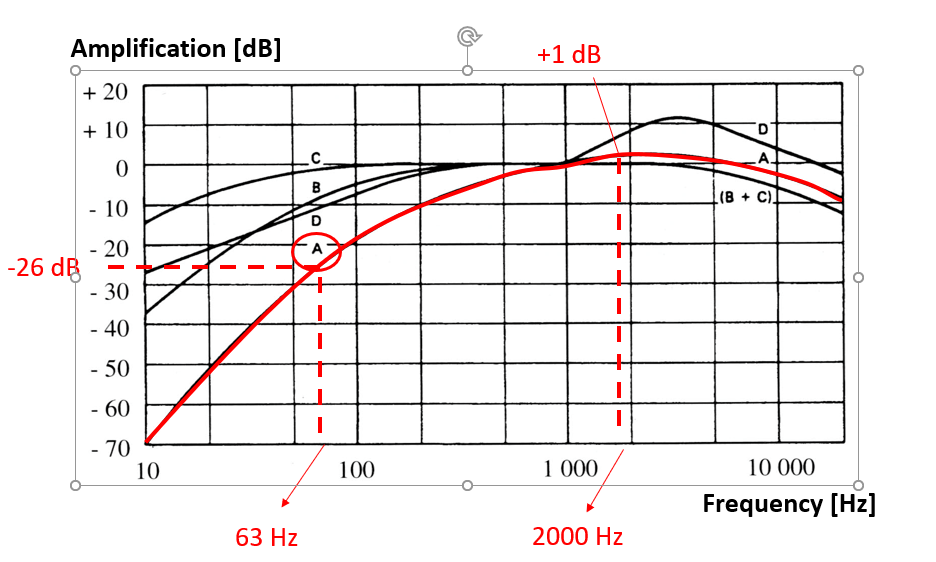 Fig.1 Illustration of effects of A-weighting

To work out the total A-weighted sound pressure level, we need to include the weighting factors of each band.

The A-weighting is defined as having 0dB of correction at 1000Hz.  When we specify that a decibel figure has been A-weighted, it is denoted as dB(A).

The next step is to understand exactly where a sound comes from – the sound source.  This is defined as the object where the sound is actually generated, not where it might be amplified or attenuated.  The sound source creates vibrations, pushing outwards at the speed of sound, forming the sound wave.  In HVAC systems, common sound sources are the fan or a damper.

The formula for defining Sound Power is:

Where Lw is the Sound Power level in dB, W is the Sound power in Watts, and W0 is the reference value (see below).

The actual formula for calculating the combined sound level of two sound sources is:

There is a useful graph to show the extent to which a second sound source will increase the overall sound level (or not), which is shown in Fig. 2. 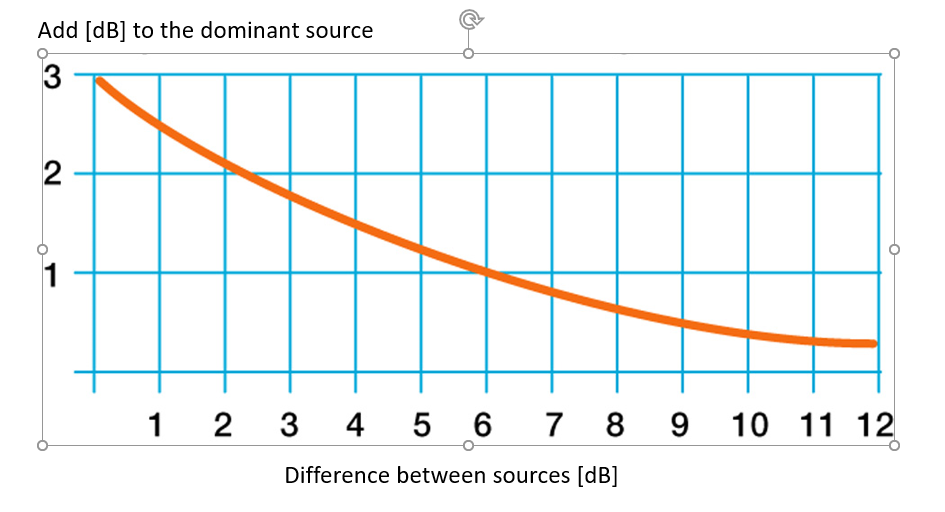 Here you can see, for example, that if there are two sound sources, one at 80dB and one at 86dB, the combined sound level will be 87dB – because the difference of 6dB between the two sources adds just 1dB to the combined level.