In Part Four of ‘Motors Basic’, we looked at the issue of thermal protection for motors, and the fact that they tend to heat up as they operate.

If they are situated in damp or humid conditions, this change in temperature between a cold ambient state and a hot running state can cause condensation to occur inside the motor.  If this is not addressed, issues such as moisture in the bearings or electrics could cause the motor to fail.

Perhaps the simplest solution is to provide drain holes – small holes in various locations around the motor which allow moisture to drain away.  When used, the motor is supplied with these holes filled with drain plugs; during installation, the plug in the hole at the lowest point must be removed if condensation is likely to occur (some plugs are designed to remain in the drain holes but be turned so that a channel in the plug aligns with a channel in the hole).

Drain holes are not permitted in ATEC or hazardous area motors because of the possibility of hazardous gas entering the motor and causing explosions.  In these situations, anti-condensation heaters are the only viable solution.  These are small heaters which are wrapped around the end windings, and only energised when the motor is not in operation.

The idea is to keep the motor cavity warm at all times, thus avoiding condensation and keeping the motor dry.  This is necessary to prevent failure or corrosion to equipment being caused by water condensing within the enclosure.  This is most likely to happen when the motor is turned off and the enclosure temperature drops rapidly below the dew point, allowing condensation to occur.

These heaters can only be powered by a single phase supply, so when using a 3-Phase motor, two electrical supplies will need to be brought into the motor terminal box.  Figure One shows the typical power of these heaters, based on the framing size; in some cases two heaters can be used, by wrapping the element around both end windings. 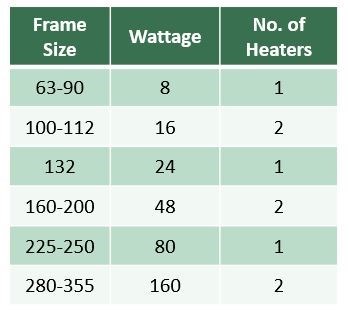 Insulation materials within a motor include the slot liners, separators and closures, cooper wire varnishes, winding impregnation and lead/connection cable sleeves.  There are different Insulation Classes which are determined by the insulating materials used, and each Class determines the temperature the materials can withstand.

The standard Insulation Class offered in Woods motors is Class F, which is the norm for industrial motors, and means that the materials can withstand a continuous temperature of 155°C.  This may seem high, but that temperature needs to cover the combination of ambient temperature (the air around the fan) as well as the heat the motor itself will generate while running at full load. 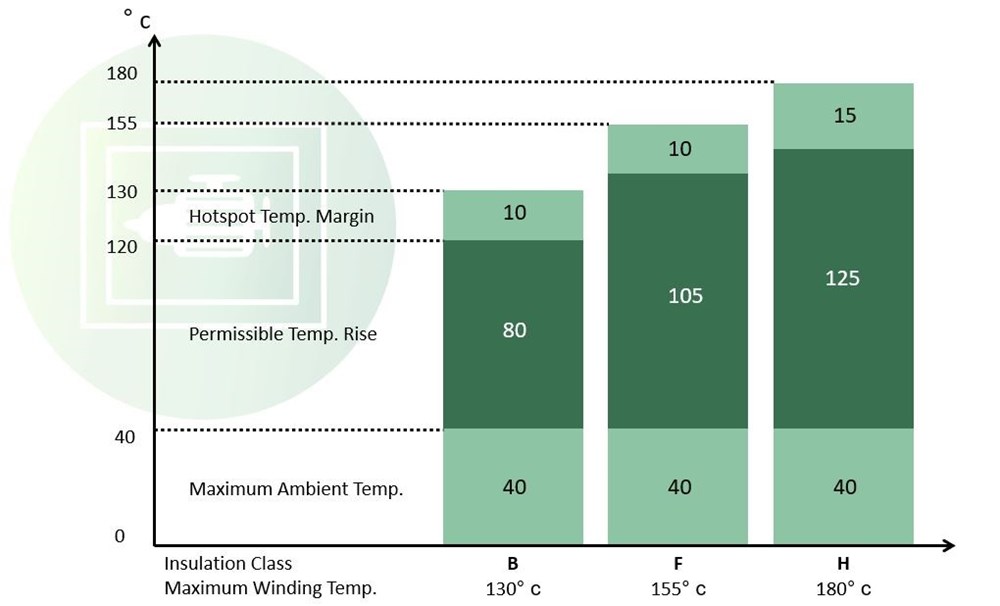 Figure 2: How the temperature limits are calculated for different Insulation Classes

Figure Two shows how the temperature limits for each Class are calculated.  So for Class F, the 155°C limit is broken down into a maximum ambient temperature of 40°C, a temperature rise of 105°C (the difference in temperature between a motor in its cold state – switched off and cooled down – and the temperature it reaches when running at full load); and a safety margin of 10°C, called the ‘Hotspot Temperature Margin’.

Such fans and motors must be tested and certified by an independent test establishment such as BSRIA to confirm they can survive the extremes of temperature for the specified times.

Motors are given an Ingress protection (IP) rating, which consists of two figures; the first indicates the level of mechanical protection afforded against solid objects, and the second against liquids.  The level of protection indicated by each of the digits is shown in Figure Three. 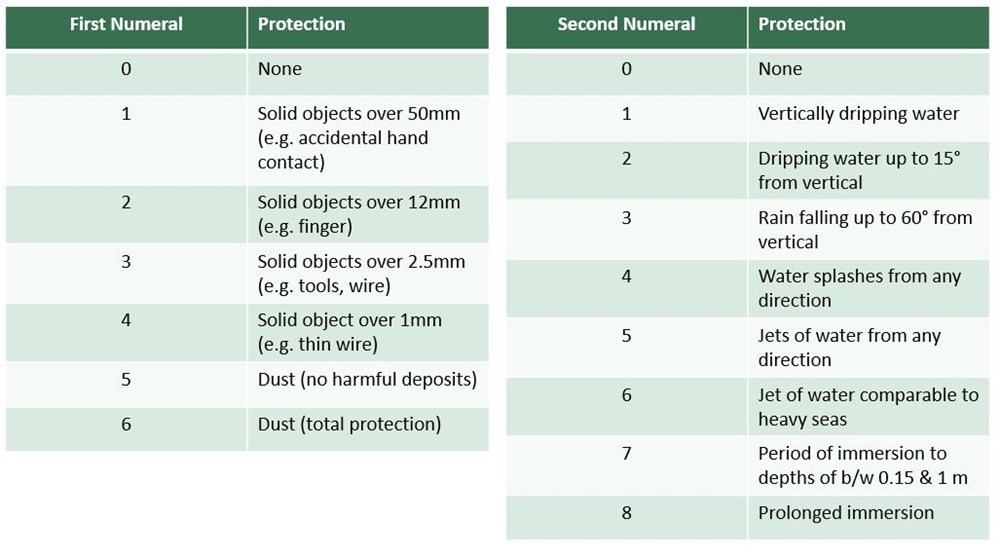 Figure 3: Levels of protection indicated by first and second digits of IP ratings

It is possible to offer higher levels of protection for motors, such as IP65, on special request or for bespoke customer specifications.

As environmental concerns increase, there is a growing move towards regulation of the efficiency of electric motors.  The International Electro-Technical Commission has produced IEC 60034 part 30-1 to provide for the global harmonisation of the energy-efficient classes of electric motors, defining four efficiency classes which can be applied to a large range of motors.

IEC 60034 part 30-1 does not form any type of legislation, nor are power-Drive Systems yet covered by the standard; however, most industrialised countries have started to introduce legislation to prevent the use of low efficiency motors.

Figure 4: Required efficiency ratings of motors according to EU regulations

In the European Union, EU Regulation 640/2009, and its supplement 04/2014, control the energy efficiency of induction motors in the industrial environment.  It has introduced a steadily more stringent regulation of efficiency, as illustrated in Figure Four.  Note that TEAO motors are less tightly controlled and can be considered exempt when integrated into a Direct Drive Axial Fan.